16 May New record for Monet: 97 million dollars at Sotheby’s

We woke up yesterday with the 399 million dollars of Christie’s evening sales, and today it was the turn of Sotheby’s. Also within the range of modern and impressionist art, the London house generated 300 million dollars, 350 million if we include taxes, selling 91% of the lots compared to 86% of Christie’s. And it is that they presented a work that attracted the looks in the previous ones: Meules, of Monet, a work of 1890 pertaining to his series of barns. He had not bidded for 33 years, and he did it last night to break a record: 97 million dollars to a bidder that was in the back of the room. It is worth mentioning that the canvas was covered by a guarantee of 55 million dollars.

There were 11 works insured in last evening’s sale, but all for less than ten million except Meules, as he did last year with Nu couché (sur le côté gauche), of Modigliani, for 150 million dollars. The woman who has acquired the Monet, also bought a second Monet entitled La Prairie Fleurie for 4.1 million dollars, as well as a Caillebotte for 12 million dollars (her estimate was only 8 million). It was not the only one that came out of the expected: we also see Picasso’s Femme au chien, from 1962, sold to Wynn Fine Art, for 55 million: her estimate was at 30 million. 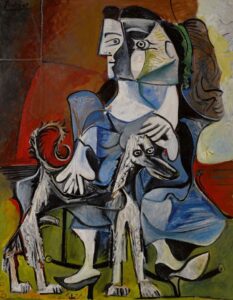 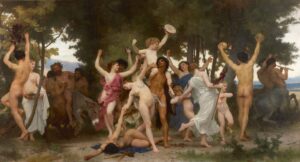 The record was not beaten only for Monet. Joaquín Torres García sold his construction in white for 3.4 million dollars. But despite these records and despite those works that exceeded their estimate above, many others were awarded below the estimated price. In conclusion, the lots of Sotheby’s were, to a large extent, of lower quality than those of Christie’s. In fact, a curiously uncomfortable situation was generated by auctioning La Jeunesse by Bacchus de Bouguereau. It was presented with an estimate that ranged between 25 and 35 million dollars, and was considered to be behind the Monet. It did not happen. Harry Dalmeny, the auctioneer last night, saw them and wished them so that the public and phones would bid over 18 million … and maybe, too much. In the end, according to the testimonies of those who were in the room, it was curiously tense and uncomfortable.