10 Ene Featured lots of the latest Spanish auctions of 2017

As every month (although we admit it: this time we have been delayed a little… blame the Christmas holidays, forgive us!) we bring you a post-summary of the best sales of the month in the most important Spanish auction houses. This time we have Fernando Duran, Balclis, Durán, Alcalá, Goya, Ansorena, La Suite, …

We started, as always, through the auction houses of the center, and within these we have chosen Fernando Durán as the first protagonist. Its auction took place on December 28 and 29, was the latest in the entire Spanish scene and get great results. The first and most striking, both at the level of previous and its sale, was Oculto (O / L, 1979, 185 x 134 cm), a canvas by José Guerrero that was the lot 68. It was a large format, with an excellent quality and a suitable composition, it was not strange that it came out with previous offers that amounted to € 130,000, the price at which it was finally awarded as there were no greater offers in the room. He also drew attention Untitled (O / L, 2005, 150 x 150 cm), Mimmo Paladino (Paduli, Italy 1948), a work that had been exhibited in the Pelaires Gallery in Palma de Mallorca in 1950. It was settled at € 28,000, € 4,000 above what was initially requested by the auction house. 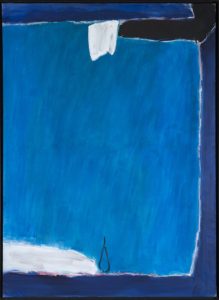 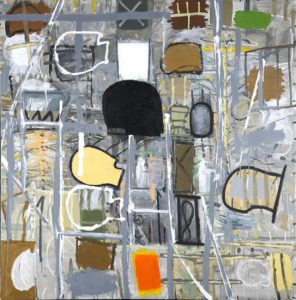 It is also worth mentioning that the bust sculpture of Charles V (Carrara marble, 90 x 24 x 60 cm) by Leone (1509, Arezzo – 1590, Milan) and Pompeo Leoni (around 1530, Milan – 1690, Madrid), was withdrawn from the auction a few days before the auction. Finally it seems that it will become part of the heritage of Extremadura, given that it was the Ministry of Culture of the Junta de Extremadura which finally achieved the agreement between the owners, the room and themselves to remove the spectacular work of the catalog. It would have gone to auction for € 400,000. 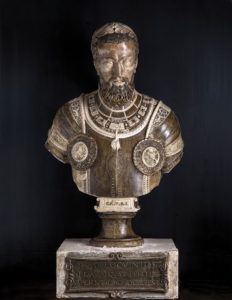 Ansorena, meanwhile, held an auction in his room on December 14 and 15, with successes in old and contemporary painting. Regarding the old painting, we see lots like Oración en el huerto (O / T, 66 x 46 cm), attributed by Isabel Mateo to Antonio Comontes (deceased around 1547), which was formed in the workshop of Juan de Borgoña. It should be noted its similarity with another typical of the church of San Andrés in Toledo. It was settled at € 16,500. Also striking was the table of Virgen con el Niño (O / T, 24 x 18 cm) by Hans Rottenhammer (Munich, 1564 – 1625), which rose from an exit of € 4,200 to the € 11,000 in which it was finished. 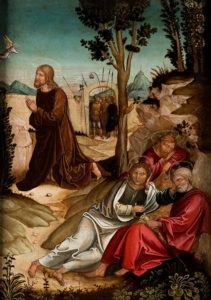 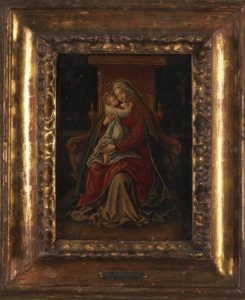 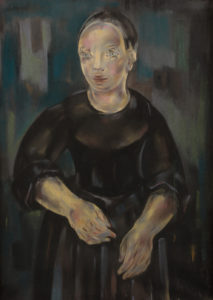 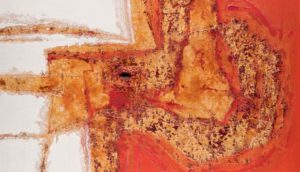 As for Goya, who presented his auction on December 11 and 12, we see how a pair of polychrome marble plates with mythological scenes depicting Psyche and Cupid, dated and dated in Paris, were finished off in their decorative art section. 1800, signed by Piat-Joseph Sauvage (Tournai, Belgium 1744 – 1818), the Antwerp Academy and Paris, where he was a real artist. It was settled at € 44,000, since its first price at € 6,000. In the furniture section we see a good sale with lot 311, a pair of French corner cabinets with Japanese lacquer panels, mounted in gilded bronze of Louis XV era. They were auctioned at € 65,000, more than twice their output. 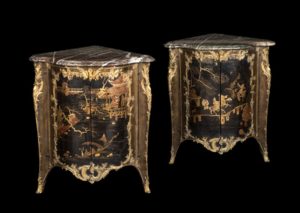 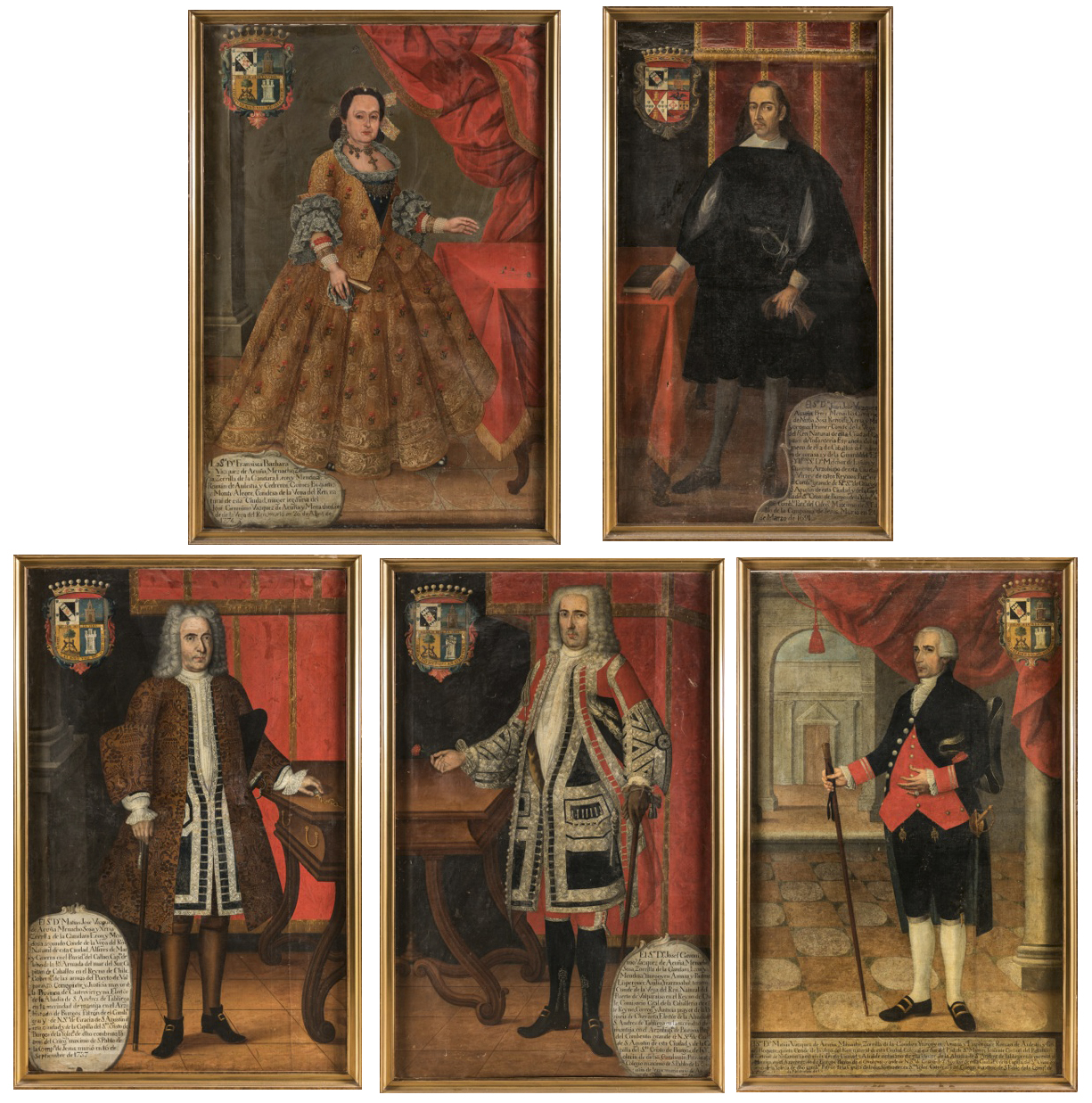 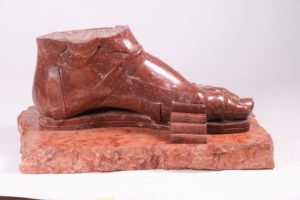 Durán had surprises in sales of ivories and models. The two precious German tankards that we highlighted in our article found buyers for € 3,250 each, while their model section of Iberia aircraft found considerable success, with its model of Iberia B 747 EC-DIA selling for € 4,500 from its 500 € exit in a lively bid, for humanitarian purposes. 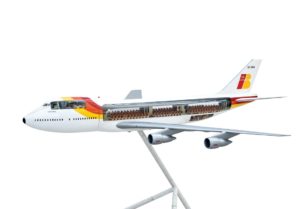 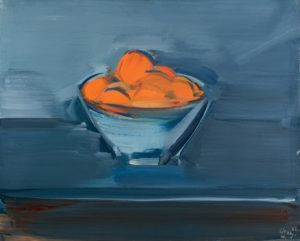 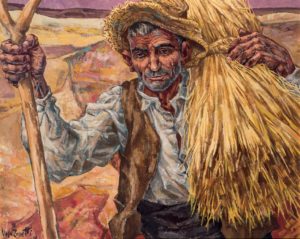 Alcalá Subastas held their bidding on December 14 and 15, where the highlight was the sale of San Pedro de Alcántara, a sculpture by Pedro de Mena (1628 – 1688). No doubt it was a good sale, for € 150,000, the second highest auction for an artwork by Pedro de Mena (the first being the € 183,000 that Magdalena Penitente reached at Sotheby’s in 2013). The State, for its part, acquired the Mexican or Peruvian “enconchado” chest from the 18th century, which rose to € 22,500 from collectors, which led the State to exercise its right of first refusal. 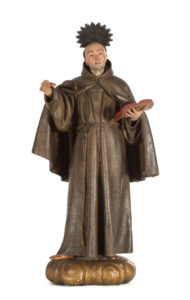 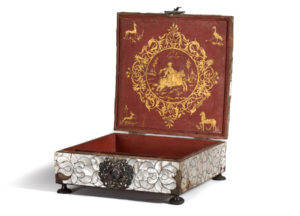 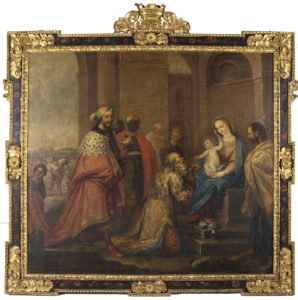 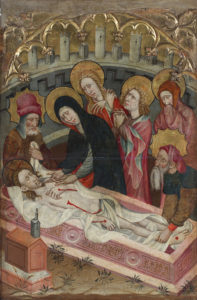 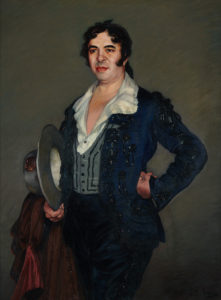 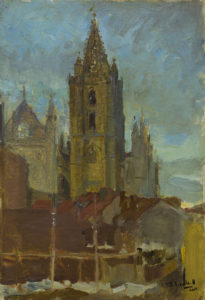 Regarding the Catalan houses we find great results too. Balclis held their auction on December 19 at 4:30 p.m., with one main success: lot 564, a pout-pourri style Napoleon III (Egyptian porphyry with a gilt bronze mount, second half of the 19th century), which brought with it two Accessory bases in black and white marble. Initially it went to auction for € 5,000 and was finished at € 25,000. 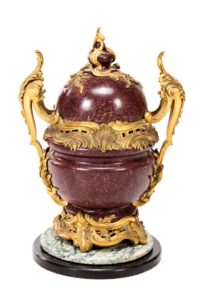 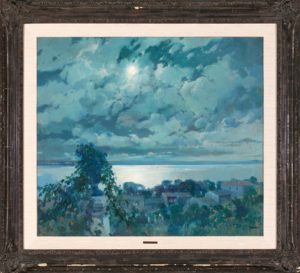 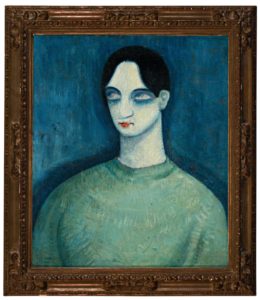 As for La Suite, we can see that in their auction on December 14 and 15 a table by Pedro García de Benabarre (Huesca, documented in 1455 and 1456) was sold, a San Antonio Abad, made in tempera, stucco and gold with gold leaf (66 x 58 cm). It was awarded for 45,000 €, weighing on it the decision of inexportabilidad of the State on the lot. The collection on which this La Suite auction was based was especially beautiful, a Catalan collection of 57 pieces from the medieval world to the Renaissance, which obtained the good results that it appeared to present. Next to this table was also sold a relief of Virgin in Majesty of alabaster (flamenco, early sixteenth century), for € 15,000, and a Virgin in Gothic Majesty, Catalan school of the thirteenth century, for € 18,000. 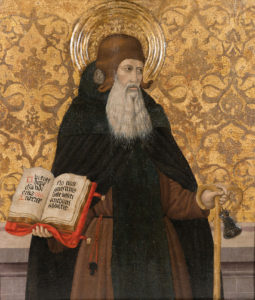