This demonstrate that Internet did revolutionize the art world as we used to know. Until recently, the art market was described as a closed and restricted circuit that only a very few could access. Thanks to Internet and the globalized conception of the world that it helped create, art has managed to escape the restrictive traditional market and is now accessible to anyone with a wifi connection.

Traditional auction houses such as Sotheby’s, Christie’s and Phillips have all included online sales to their respective platforms. Also, exclusively online firms such as Invaluable have appeared on the market which corroborate the trend and the growing importance of online art sales.

Last year, Catawiki, which happens to be the auction website with the highest growth rate in the world, showed great results in selling art solely online. The most notable sale of the year is undoubtedly: “Ladies and Gentlemen” by Andy Warhol. This hand-signed silkscreen serigraph dated from 1975 and was hand-numbered 31 out of 125 exemplars. This large format (109.6 x 72.4 cm) was sold in December for € 8,500. Another work by Warhol stands out; “Dessin érotique” consists of an ink and gold paint drawing, signed by the artist and stamped on the back by the Andy Warhol Foundation for the Visual Arts. Regardless of its smaller format (34 x 27 cm) it sold through Catawiki for € 7,500. 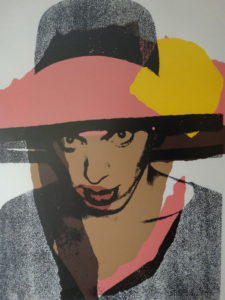 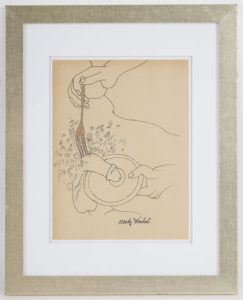 Again, in December 2017, we witnessed the sale of a sculpture by Jan Desmarets (b.1961, Ypres, Belgium) for € 6,600. Titled “Runner with dog” this artwork was made in bronze and belongs to a series of only eight copies.  It weighs 34.4 kg and measures 72 x 100 x 24 cm. This sculpture was signed and originally titled “Loper met hond” in Flemish. Major personalities such as Barack Obama and Prince Albert of Monaco bought other pieces from this artist. In this particular case, the sculpture was acquired in 2009 by the Bizart Gallery in Ghent for an undisclosed amount and, as we just saw, was sold online for more than € 6000.

Previously, in the month of November, a large scale (242 x 242 cm) hand-tufted wool rug by Robert Indiana (b.1928, New Castle, USA) titled Italian LOVE was also sold on the platform. The work dated from 1995 carpet, was numbered and signed. The auction reached an impressive € 5,000 final bid. 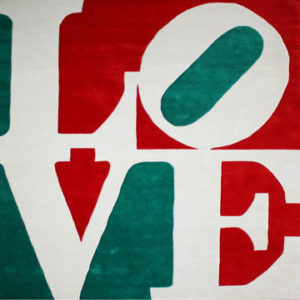 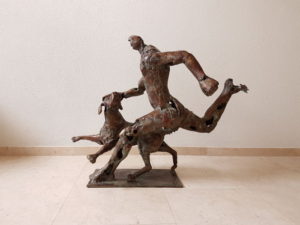 The ultra-famous artist Roy Lichtenstein was also featured in one of Catawiki’s December sale. “Temple” a hand-signed lithograph from 1964 was numbered 44 within a limited edition of 300. The 58 cm by 43 cm print sold for € 4,196. Along with this work stands a hand-signed lithograph  by Takashi Murakami. Titled “Flowerball Multicolor” this lithograph was made in 2016 and belongs to a series of 300 exemplars. 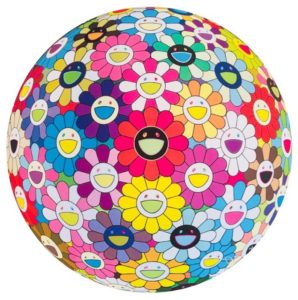 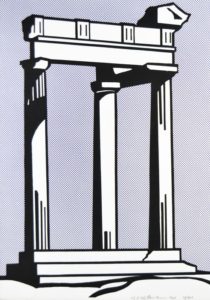 We also want to highlight the portrait of Salvador Dalí dedicated to Carlos Colombiano dated and signed in black ink by Dali in 1979. The original shot was taken in February 1962 by the American photographer David Gahr in New York’s St Regis Hotel. It was sold for € 1,600 after an initial estimate of € 600. 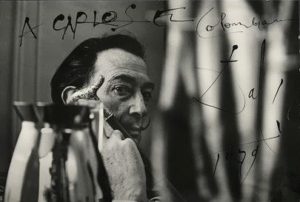 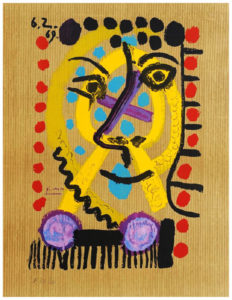 Here, at The Art Market we offer you a monthly selection of Catawiki’s online art auctions. If you would like to be updated with the latest offers in Catawiki, please subscribe here. We also invite you to visit Catawiki’s website, where more than 1000 artworks go up to auction weekly.